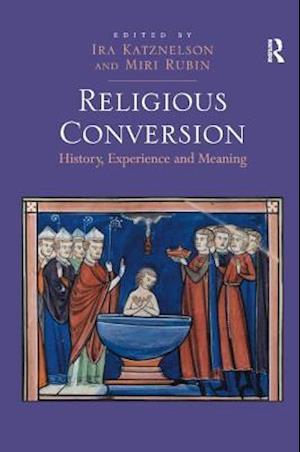 Religious conversion - a shift in membership from one community of faith to another - can take diverse forms in radically different circumstances. As the essays in this volume demonstrate, conversion can be protracted or sudden, voluntary or coerced, small-scale or large. It may be the result of active missionary efforts, instrumental decisions, or intellectual or spiritual attraction to a different doctrine and practices. In order to investigate these multiple meanings, and how they may differ across time and space, this collection ranges far and wide across medieval and early modern Europe and beyond. From early Christian pilgrims to fifteenth-century Ethiopia; from the Islamisation of the eastern Mediterranean to Reformation Germany, the volume highlights salient features and key concepts that define religious conversion, particular the Jewish, Muslim and Christian experiences. By probing similarities and variations, continuities and fissures, the volume also extends the range of conversion to focus on matters less commonly examined, such as competition for the meaning of sacred space, changes to bodies, patterns of gender, and the ways conversion has been understood and narrated by actors and observers. In so doing, it promotes a layered approach that deepens inquiry by identifying and suggesting constellations of elements that both compose particular instances of conversion and help make systematic comparisons possible by indicating how to ask comparable questions of often vastly different situations.

Forfattere
Bibliotekernes beskrivelse This collection ranges far and wide - from early Christian pilgrims to fifteenth-century Ethiopia; from the Islamisation of the eastern Mediterranean to Reformation Germany - to investigate the multiple causes and characteristics of religious conversion. By probing continuities and fissures, particularly in the Jewish.