Religion, Learning and Science in the 'Abbasid Period 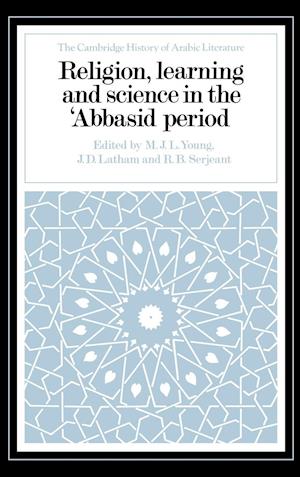 The five centuries of the 'Abbasid period (eighth to thirteenth centuries AD) were the golden age of Arabic literature. They saw the appearance not only of poetry and belles-lettres (which are covered in a previous volume), but also of an extensive body of writings concerned with subjects ranging from theology and law to history and the natural sciences. This volume of The Cambridge History of Arabic Literature surveys the most important of these writings, including the literature of Sunnism and Shi'ism, Arabic philosophy, Sufism, Islamic law, grammar, lexicography, administration, historiography, mathematics, astronomy, astrology, geography, alchemy and medicine. It contains separate chapters on six of the greatest scholars of the Middle Ages, as well as on the Arabic literature of the Christians and Jews who lived under the rule of the 'Abbasid caliphate, and includes a study of one of the great cultural movements of the period, the translations from Greek into Arabic.

Forfattere
Bibliotekernes beskrivelse This volume of The Cambridge History of Arabic Literature deals with writings on learned subjects from the 'Abbasid period (eighth to thirteenth centures AD), the golden age of Arabic literature. These range from philosophy, theology, and law, through grammar and lexicography, to mathematics, astronomy and medicine. 2 Maps; 10 Halftones, unspecified