Religion in the Age of Romanticism 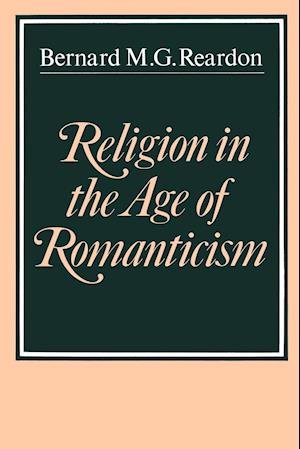 This book presents studies of early-nineteenth century religious thought in Germany, France and Italy in so far as it reflected the influence of the Romantic movement. Romanticism may be notoriously difficult to define, but the cast of mind usually associated with it - manifest in philosophy, theology and social theory as well as in literature, music and the visual arts - is never hard to detect, even though the forms of its expression may vary widely. The authors considered, including Schleiermacher, Hegel, Schelling, Rosmini, Lamennais, Renan and Comte, all took religion seriously as voicing a fundamental impulse of the human spirit, even if the doctrines and institutions of Christianity had in their view to be either radically modified or else rejected outright. They were not satisfied with what they were apt to regard as the 'soulless' rationalism of the preceding century, as equally they feared the growing encroachment of natural science upon the freedom and indeed the self-identity of the human consciousness. A middle way, they sensed, had to be found - one grounded in man's moral and aeshetic experience - between the old orthodoxy and sterile unbelief.