Religion for a Secular Age 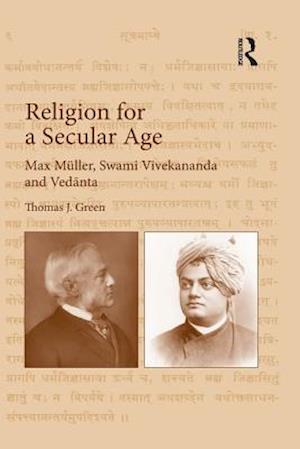 Religion for a Secular Age provides a transnational history of modern Vedanta through a comparative study of two of its most important exponents, Friedrich Max Muller (1823-1900) and Swami Vivekananda (1863-1902). This book explains why Vedanta's appeal spanned the ostensibly very different contexts of colonial India and Victorian Britain and America, and how this ancient form of thought was translated by Muller and Vivekananda into a modern form of philosophy or religion. These religiously-committed men attempted to reconcile religion with modernity by appealing to Advaita (literally, 'non-dualistic') Vedanta's monistic interpretation of reality. The 'scientific' study of religion allegedly demonstrated the evolutionary superiority of Vedanta and the possibility of religion's survival in 'the light of modern science'. They believed Vedanta could also provide the religious basis for moral engagement in this world, even as the hold of orthodox Christianity and traditional Hinduism appeared to be weakening. Vedanta thus served as a way of articulating a form of religion suitable for a secular age - religion which has embraced modern forms of thought while breaking away from creeds, scriptures and institutions to thrive in the spheres of public debate of London, Calcutta and New York.