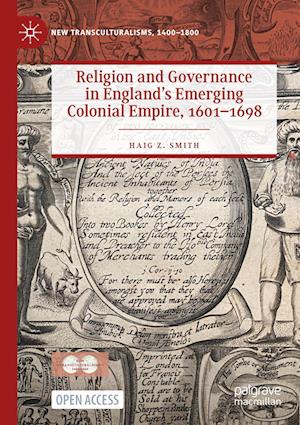 This open access book explores the role of religion in England's overseas companies and the formation of English governmental identity abroad in the seventeenth century. Drawing on research into the Virginia, East India, Massachusetts Bay, Plymouth, New England and Levant Companies, it offers a comparative global assessment of the inextricable links between the formation of English overseas government and various models of religious governance across England's emerging colonial empire. While these approaches to governance varied from company to company, each sought to regulate the behaviour of their personnel, as well as the numerous communities and faiths which fell within their jurisdiction. This book provides a crucial reassessment of the seventeenth-century foundations of British imperial governance.