Religion and AIDS in Africa 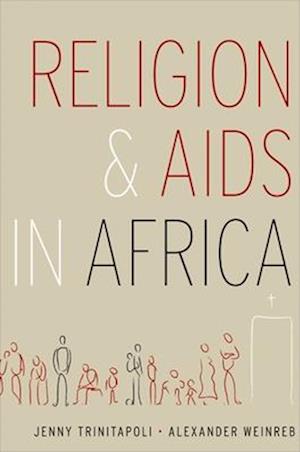 The true role of religion in the AIDS epidemic in Africa has been debated for years: some scholars and activists claim that religious groups have provided much-needed education and assistance to those afflicted with the disease, and others argue that religion has contributed to the spread and stigmatization of AIDS. Drawing upon extensive fieldwork in Malawi and survey data from 26 other sub-Saharan African countries, Jenny Trinitapoli and Alexander Weinreb providethe first comprehensive empirical account of how religious groups affect the spread of knowledge, prevention, and mitigation of AIDS in sub-Saharan Africa.Trinitapoli and Weinreb identify religious patterns in the infection of HIV, examine differences across religions in risk and preventive behaviors, and discuss the role of religion in the provision of assistance to the sick and their families. Their study also shows how religious groups shape social and cultural interpretations of AIDS, addressing such issues as the discouragement of condom-use and the promotion of restrictions on sexual behavior. This volume confirms the central role played by religious narratives and institutions in the epidemic - a reprise of religion's role in historical plagues. Yet the book also shows that different religious traditions and denominations vary widely in their approach to the AIDS epidemic, particularly in their approach to care of the sick and their families. These different approaches have significant implications for the trajectory of religious change, and, more broadly, for social solidarity inAfrican states.

Forfattere
Bibliotekernes beskrivelse The first comprehensive empirical account of how religion affects the interpretation, prevention, and mitigation of AIDS in Africa, the world's most religious continent.