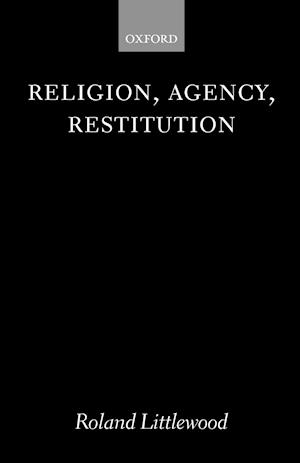 Professor Littlewood marshals arguments that help us understand more clearly how we interactively use religion and science/healing to come to terms with the world around us. He draws in part on his clinical work as a psychiatrist with patients from religious movements in the West, but primarily on his earlier anthropological fieldwork with a new African-Caribbean religion in Trinidad, and more recently with ethical transformations in the older Caribbean cults andamong the ultra-Orthodox Jewish Hasidim. There exists a close relationship between the explanations of misfortune, reconciliation, and restitution in the historical - and other - religions and in therapeutics. Professor Littlewood believes that cosmological and redemptive assumptions exist in any typeof healing, whether physical or psychological. Spiritual and healing theories interact in surprising ways, and he examines the religious aspect in systems of therapeutics as well as the appearance of healing practices within social institutions that are generally regarded as religious.