Relics of the Christ 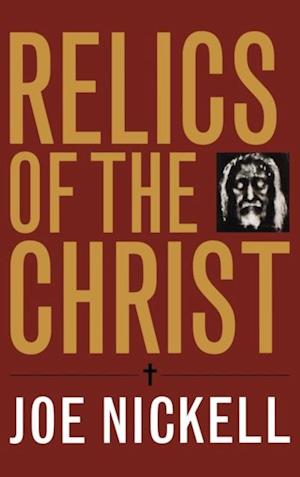 Religious relics, defined as 'either portions of or objects connected with the body of a saint or other holy person,' are among the most revered items in the world. Christian relics such as the Holy Grail, the True Cross, and the Lance of Longinus are also the source of limitless controversy. Such items have incited people to bloodshed and, some say, have been a source of miracles. Relics inspire fear and hope among the faithful and yet are a perennial target for skeptics, both secular and Christian. To research the authenticity of numerous Christian relics, Joe Nickell takes a scientific approach to a field of study all too often tainted by premature conclusions. In this volume, Nickell investigates such renowned relics as the Shroud of Turin, the multiple heads of John the Baptist, and the supposedly incorruptible corpses of saints, first examining the available evidence and documented history of each item. From accounts of true believers to the testimony of the relics' alleged fabricators, Nickell then presents all sides of each story, allowing the evidence to speak for itself. For each relic, Nickell evaluates both the corroborating and contradictory bodies of evidence and explores whether the relic and attributed miracles can be reconstructed. In addition to his own experiments, Nickell presents findings from the world's top scientists and historians regarding these controversial objects of reverence and ire, explaining the circumstances under which each case was examined. Radiocarbon dating and tests to determine the validity of substances such as blood or patina indicate a variety of possible origins. Nickell even reveals some of the techniques used to create archaeological forgeries and explains how investigators have exposed them. Each relic is a mystery to be solved; guided by the maxim, 'extraordinary claims require extraordinary proof,' Nickell seeks only the truth.