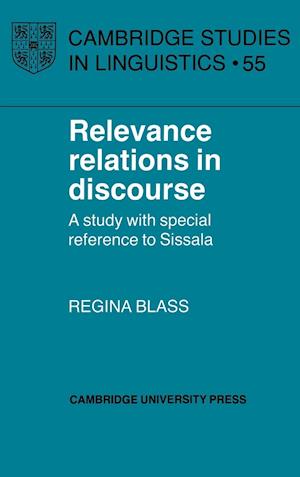 This book uses Sperber and Wilson's relevance theory to show that connectivity in discourse is a pragmatic rather than a semantic matter: it results from relevance relations between text and context rather than from relations linguistically encoded in the text. In two introductory chapters, Regina Blass argues that relevance theory offers a more explanatory account of discourse connectivity than do alternative approaches based on notions of cohesion, coherence and topic. In subsequent chapters, she introduces data from the language Sissala and shows how relevance theory can play an important role in guiding and constraining semantic and pragmatic analyses of these data. This approach reveals unexpected results - for example the detection of an interpretive use marker in Sissala, with implications for the analysis of so-called 'hearsay phenomena' in other languages - and leads to an alternative basis for particle typology.