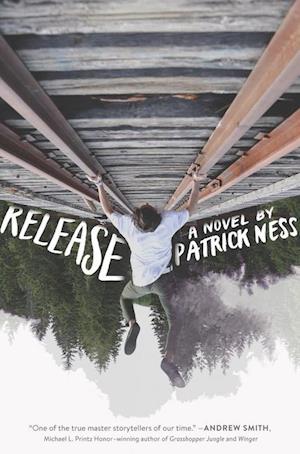 Inspired by Judy Blume's Forever and Virginia Woolf's Mrs. Dalloway, this novel that Andrew Smith calls "beautiful, enchanting, and] exquisitely written" is a new classic about teenage relationships, self-acceptance--and what happens when the walls we build start coming down. A Kirkus Best Book of 2017

Adam Thorn doesn't know it yet, but today will change his life.

Between his religious family, a deeply unpleasant ultimatum from his boss, and his own unrequited love for his sort-of ex, Enzo, it seems as though Adam's life is falling apart. At least he has two people to keep him sane: his new boyfriend (he does love Linus, doesn't he?) and his best friend, Angela.

But all day long, old memories and new heartaches come crashing together, throwing Adam's life into chaos. The bindings of his world are coming untied one by one; yet in spite of everything he has to let go, he may also find freedom in the release.

From the New York Times bestselling author of A Monster Calls comes a raw, darkly funny, and deeply affecting story about the courage it takes to live your truth.