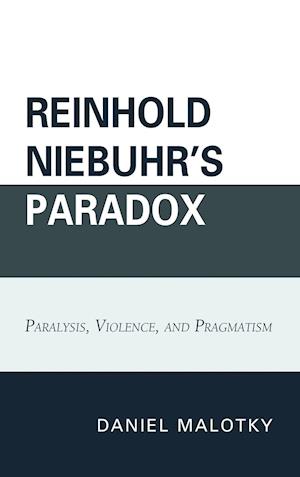 Confronted with the uncertainties of living in a modern liberal society, many are tempted toward moral paralysis: a hesitation to judge or act on those judgments. Reinhold Niebuhr's paradoxical conception of the self allows for a deeper interpretation of this plight and, in this insightful book, Daniel Malotky shows that Niebuhr's work holds out a potential solution to it: a framework for a measure of moral certainty without ideological blindness. The paradox of freedom and finitude demands that though endeavors to reach a meaningful totality will always be limited in some fashion, grasping this totality must still be attempted. Using Niebuhr's thought as a guide, Malotky conceives of a framework that provides the parameters of justification as defined by the pragmatists, while also opening the door to the critical appropriation of the moral wealth of Christian tradition. Malotky follows Niebuhr's example in a defense of the traditional Christian concepts of sin, love, and grace. He engages in immanent criticism, shaping a response to the violently disposed, focusing on the issue of gun violence in particular, and defining what our own attitude should be to the use of force. Readers will be engaged by the way this this concise book models a properly Christian pragmatism on questions of violence.