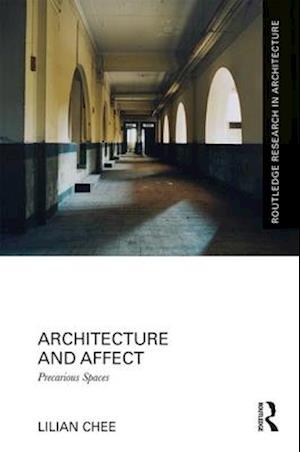 How does agency and affect transform architectural knowledge? What subjects evolve from such strategies of engagement? What forms of evidence become crucial to such knowledge construction? This book argues that the big questions of architecture and urbanism taking place in the fleeting, hyper-modernised, capitalist-socialist nation-state of the Southeast Asian island-city of Singapore may be recast through strategies of embodiment and feeling. It pursues an intimate, material and affective method in the construction of its architectural and urban subjects, works with forms of evidence and imaginations that evolve through occupancy, and is informed by interdisciplinary feminist theories and contemporary visual practice which operate at the frontiers of knowledge construction. The empirical context of study is Singapore, a land-scarce city-state measuring 720 square kilometres with a burgeoning population of 5.5 million. A developmental success story which saw the country rise from third to first world status within less than three decades of self governance, it reinvented itself from a country with no hinterland and no prospects into an economic powerhouse to be reckoned with. Singapore also has a unique track record of political stability with its virtually single party government, and has amassed enough wealth to put the city today as the most expensive place to live in the world. Its public housing, urban infrastructural capacities and architectural scene is reflective of this breakneck speed of development. Extant discussions of this built environment have often focused either on its historical or developmental aspects, with perspectives that privilege a more macro understanding of its urban and architectural evolution. Yet the minute scale of this nation-state consequently results in the categories and spaces of suburb, city, state, country and nation overlapping each other. The outcome is a complex microcosm of entangled national, public and private networks and relationships. Acknowledging this entanglement, this book is positioned instead within the intimate perspectives borne from occupying and experiencing the same built environment. Its chosen subjects, voice and modes of evidence privilege a micro, bodily scale of encounter and engagement with subjects which have conventionally been cast in more abstract and distant terms. The subject areas - heritage, housing and terrain - are encountered and developed through particular strategies of occupation and experience - the anecdotal knowledge of the Raffles Hotel, the excesses of occupancy in the modernist public housing blocks, and the allegorical performances of terrain in the Singaporean landscape. The content focuses on 3 key areas of Singaporean urbanism and architecture - the construction of heritage and history in the monument, the success and genesis of public housing, and the founding of terrain through landfill, reclamation, and the exhumation of sacred land. Each section of heritage, housing and terrain is constituted by three related perspectives: (1) research and archival architectural studies are placed in dialogue with (2) critical reflection made through the visual domains of contemporary art or film, and complemented by (3) original creative-critical architectural work that forms a 'third archive' responding to the arguments and issues raised in the two preceding essays of each section. As a whole, the book is envisaged as a performance that reconstructs and reimagines the Singaporean built environment from a position that is embodied and visceral, practiced and situated, seeing the large from within the intimate.