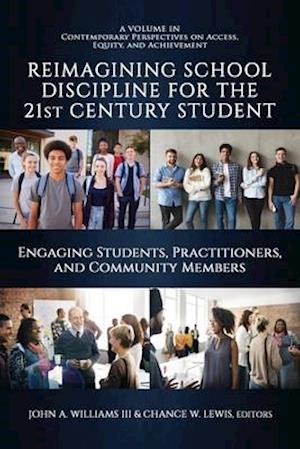 Regularly, schools and their personnel enact school disciplinary practices without considering how to harness the engagement of students, practitioners, and communities to enact transformative changes that reduce if not eliminate punitive school discipline approaches. Reimagining School Discipline for the 21st Century centralizes the assets and strengths of historically marginalized students and the professional knowledge of school personnel as possible avenues to implement solutions to eliminate school discipline disproportionality. Rather than redressing the issues of school discipline disproportionality overall, this book examines the existence of school on student groups who, according to research and national and state reports, are afflicted the most: African American, Latinx, Native American, and LGBTQ+ population. A confluence of these identities can exacerbate such disproportionality, which based on the literature decreases the academic growth of students. However, situated within these disparities are opportunities to better and critically engage students based on their cultural, racial/ethnic, and social emotional learning assets.

The significant feature of this book lies in its purpose and audience reach. Each chapter was written based on the scholar's affinity to that student group or practitioner's affiliation to that specific profession. This provides a genuine perspective and knowledge based on first hand experiences concerning school discipline and applicable approaches to remedy such issues. Additionally, all the chapters articulate the pressing issue of school discipline according to their group, and explicates best-practices to best serve the assets of students in K-12 school settings. As this book is situated, the intended audience is for the following stakeholders, policy makers, social workers, school counselors, school administrators, teachers, and community organizers who want to make impactful and socially-just changes in their school(s) immediately.