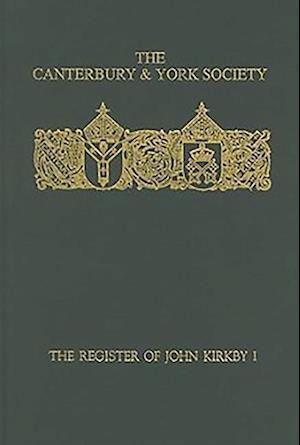 This volume contains a calendar of the register, together with an introduction. John Kirkby's episcopate was an eventful one. It coincided with a period of Anglo-Scottish warfare in which the bishop participated with gusto, but even domestically his tenure of the see of Carlisle was stormy, for the bishop was involved in feuding among the local gentry, and quarrelled with his archdeacon and with the dean and chapter of York during the vacancy of 1340-42. This volume contains a wide range of adminstrative material, for example, ordination lists and exchanges of benefices (with the reasons fully given), yet provides a lively record of life in a remote part of the country. A second volume will include a rental of of episcopal manors,an appendix of transcipts of documents, and the index.R.L. STOREY is Professor of Medieval History Emeritus, Nottingham University. He is the author of several standard books on late-Medieval England.