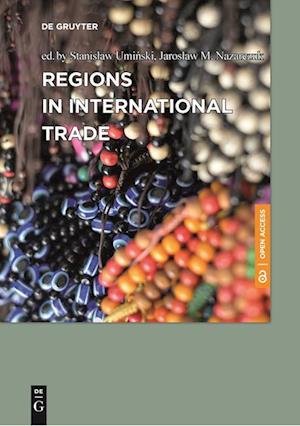 The book provides a comprehensive approach to the assessment of the nature of exporting activity, combining well-established theoretical reasoning with empirical evidence, and also signalling important economic policy recommendations. It is suitable for a wide range of recipients ranging from scholars and students to policy-makers or local/regional authorities engaged in the process of designing/implementing regional policies. Regional authorities show more interest in their export potential because globalisation makes the regional economies more open and vulnerable to external economic shocks. The international trade channel has become an important factor influencing region's economic performance, including dynamics and volatility of economic growth as well as labour market performance. Due to economic transition and the accession to the European Union (EU), Poland's regions have become more open than ever. For regions of both Poland and Spain (an EU country similar to Poland in terms of size and the number of administrative units), being part of the EU's internal market with a free circulation of goods and capital - exerts competitive pressure that can be regarded a stress test showing the regional adaptive capacity and competitiveness.

Regions differ in many aspects, including size, the structure of the economy, overall level of development, human as well as physical capital endowment, attractiveness to investors, transport infrastructure, proximity to foreign markets, etc. Foreign trade activity is another sphere, in which regional disparities can be observed, which so far has often been neglected. Traditionally, export activity has been analysed for countries, groups of countries or particular products. The regional dimension of exporting activity was rather neglected or not noticed. As more detailed and comprehensive data is becoming available for regions, one can see that exports are strongly diversified regionally. The literature on exports - as such - is an important part of research within economics. Research on regional aspects of exports is scarce.