Regional Co-operation and Its Enemies in Northeast Asia

- The Impact of Domestic Forces 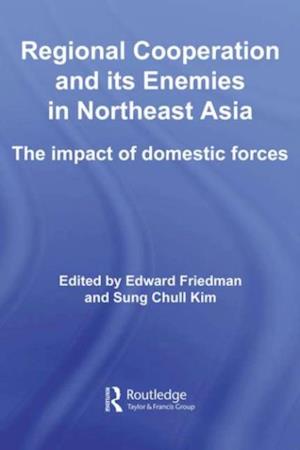 Examining the prospects for building a regional community in Northeast Asia, this book considers the foreign policies of the individual states as well as the impact of domestic politics on the regionalist agenda. It outlines the emerging Northeast Asian community and the domestic requisites for its evolution and realization, and puts it in context by comparing the emerging community with Southeast Asia. The book investigates the attitudes of the key powers, including China, Japan, South Korea, North Korea, Russia and the US, towards the ideal of greater regional cooperation, with particular emphasis on the implications of domestic factors in each country for regional dynamics. It explores the North Korean nuclear crisis, the continuing tensions over the Taiwan Straits, the impact of Sino-Japanese rivalry, the shift in stance of South Korea towards North Korea since 2001 and its implications for its relationship with the US, and Putin's attempts to strengthen Russian influence in the region. It concludes by identifying the foremost dangers that risk obstructing greater regional cooperation, particularly the China-Japan rivalry, nationalist sentiments, territorial disputes and energy competition.