- From Slavery to Post-Apartheid 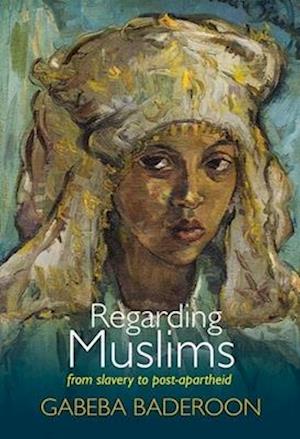 An analysis of the role of Muslims from South Africa's founding to the present and points to the resonance of these discussions beyond South Africa.

How do Muslims fit into South Africa's well-known narrative of colonialism, apartheid and post-apartheid? South Africa is infamous for apartheid, but the country's foundation was laid by 176 years of slavery from 1658 to 1834, which formed a crucible of war, genocide and systemic sexual violence that continues to haunt the country today. Enslaved people from East Africa, India and South East Asia, many of whom were Muslim, would eventually constitute the majority of the population of the Cape Colony, the first of the colonial territories that would eventually form South Africa. Drawing on an extensive popular and official archive, Regarding Muslims analyses the role of Muslims from South Africa's founding moments to the contemporary period and points to the resonance of these discussions beyond South Africa. It argues that the 350-year archive of images documenting the presence of Muslims in South Africa is central to understanding the formation of concepts of race, sexuality and belonging. In contrast to the themes of extremism and alienation that dominate Western portrayals of Muslims, Regarding Muslims explores an extensive repertoire of picturesque Muslim figures in South African popular culture, which oscillates with more disquieting images that occasionally burst into prominence during moments of crisis. This pattern is illustrated through analyses of etymology, popular culture, visual art, jokes, bodily practices, oral narratives and literature. The book ends with the complex vision of Islam conveyed in the post-apartheid period.