Refugee Nuns, the French Revolution, and British Literature and Culture 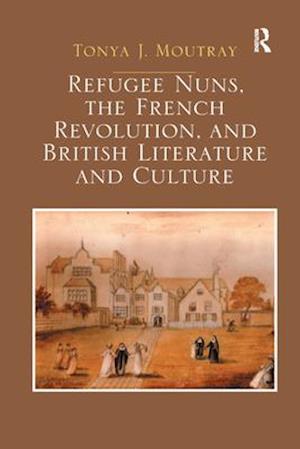 In eighteenth-century literature, negative representations of Catholic nuns and convents were pervasive. Yet, during the politico-religious crises initiated by the French Revolution, a striking literary shift took place as British writers championed the cause of nuns, lauded their socially relevant work, and addressed the attraction of the convent for British women. Interactions with Catholic religious, including priests and nuns, Tonya J Moutray argues, motivated writers, including Hester Thrale Piozzi, Helen Maria Williams, and Charlotte Smith, to revaluate the historical and contemporary utility of religious refugees. Beyond an analysis of literary texts, Moutray's study also examines nuns' personal and collective narratives, as well as news coverage of their arrival to England, enabling a nuanced investigation of a range of issues, including nuns' displacement and imprisonment in France, their rhetorical and practical strategies to resist authorities, representations of refugee migration to and resettlement in England, relationships with benefactors and locals, and the legal status of "English" nuns and convents in England, including their work in recruitment and education. Moutray shows how writers and the media negotiated the multivalent figure of the nun during the 1790s, shaping British perceptions of nuns and convents during a time critical to their survival.