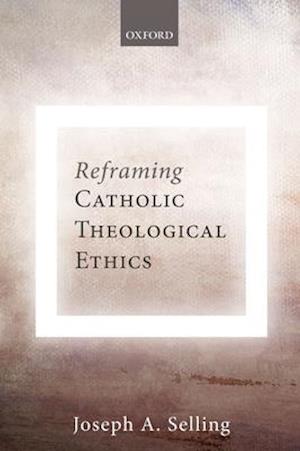 Traditionally, Catholic moral theology has been based upon an approach that over-emphasized the role of normative ethics and subsequently associated moral responsibility with following or disobeying moral rules. Reframing Catholic Theological Ethics offers an alternative ethical method which, without destroying any of the valuable insights of normative ethics, reorients the discipline to consider human motivation and intention before investigatingbehavioural options for realizing one's end. Evidence from the New Testament warrants the formation of a teleological method for theological ethics which is further elaborated in the approach taken by Thomas Aquinas. Unfortunately, the insights of the latter were misinterpreted at the time of the counter-reformation. Joseph A. Selling's analysis of moral theological textbooks demonstrates the entrenchment of a normative method aimed at identifying sins in service to the practice of sacramental confession. With a firm basis in the teaching of Vatican II, the 'human person integrally and adequately considered' provides the fundamental criterion for approaching ethical issues in the contemporary world. The perspective then turns to the crucial question of describing the ends or goals of ethical living byproviding a fresh approach to the concept of virtue. Selling concludes with suggestions about how to combine normative ethics with this alternative method in theological ethics that begins with the actual, ethical orientation of the human person toward virtuous living.

Forfattere
Bibliotekernes beskrivelse A study in Catholic moral theology, this work argues for a focus not on behaviour but on intent, and draws on thinkers from Thomas Aquinas to the Second Vatican Council.