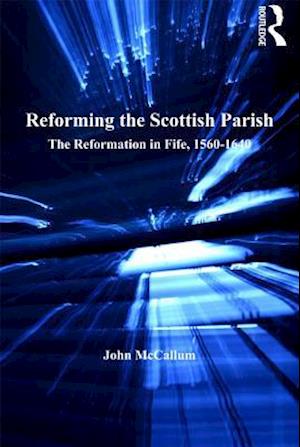 The Protestant Reformation of 1560 is widely acknowledged as being a watershed moment in Scottish history. However, whilst the antecedents of the reform movement have been widely explored, the actual process of establishing a reformed church in the parishes in the decades following 1560 has been largely ignored. This book helps remedy the situation by examining the foundation of the reformed church and the impact of Protestant discipline in the parishes of Fife. In early modern Scotland, Fife was both a distinct and important region, containing a preponderance of coastal burghs as well as St Andrews, the ecclesiastical capital of medieval Scotland. It also contained many rural and inland parishes, making it an ideal case study for analysing the course of religious reform in diverse communities. Nevertheless, the focus is on the Reformation, rather than on the county, and the book consistently places Fife's experience in the wider Scottish, British and European context. Based on a wide range of under-utilised sources, especially kirk session minutes, the study's focus is on the grass-roots religious life of the parish, rather than the more familiar themes of church politics and theology. It evaluates the success of the reformers in affecting both institutional and ideological change, and provides a detailed account of the workings of the reformed church, and its impact on ordinary people. In so doing it addresses important questions regarding the timescale and geographical patterns of reform, and how such dramatic religious change succeeded and endured without violence, or indeed, widespread opposition.