An Analysis of Edmund Burke's Reflections on the Revolution in France 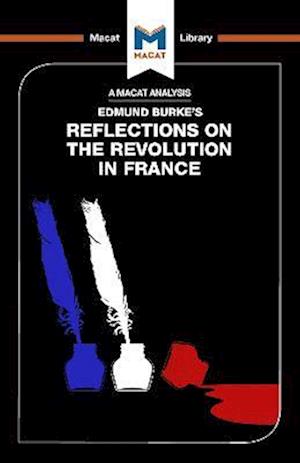 Edmund Burke's 1791 Reflections on the Revolution in France is a strong example of how the thinking skills of analysis and reasoning can support even the most rhetorical of arguments. Often cited as the foundational work of modern conservative political thought, Burke's Reflections is a sustained argument against the French Revolution. Though Burke is in many ways not interested in rational close analysis of the arguments in favour of the revolution, he points out a crucial flaw in revolutionary thought, upon which he builds his argument. For Burke, that flaw was the sheer threat that revolution poses to life, property and society. Sceptical about the utopian urge to utterly reconstruct society in line with rational principles, Burke argued strongly for conservative progress: a continual slow refinement of government and political theory, which could move forward without completely overturning the old structures of state and society. Old state institutions, he reasoned, might not be perfect, but they work well enough to keep things ticking along. Any change made to improve them, therefore, should be slow, not revolutionary. While Burke's arguments are deliberately not reasoned in the 'rational' style of those who supported the revolution, they show persuasive reasoning at its very best.

Forfattere
Bibliotekernes beskrivelse First published in 1790, Burke's Reflections rejects the ideas that had inspired radical political change in France and were beginning to take root in England. In an extended "letter to a friend," Burke uses a fiery rhetorical style to discredit what he saw as dangerous ideological developments before they sparked a revolution in his own country.