Reflections on the Revolution in Europe

- Immigration, Islam and the West 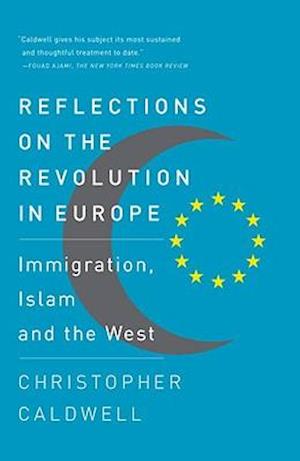 In light of cultural crises such as the Danish cartoon controversy and the terrorist attack on the Charlie Hebdo newspaper in Paris, Christopher Caldwell's incisive perspective has never been more timely or indispensible. Reflections on the Revolution in Europe is destined to become the classic work on how Muslim immigration permanently reshaped the West. This provocative and unflinching analysis of Europe's unexpected influx of immigrants investigates the increasingly prominent Muslim populations actively shaping the future of the continent. Muslims dominate or nearly dominate many important European cities, including Amsterdam and Rotterdam, Strasbourg and Marseille, the Paris suburbs and East London, and in those cities Islam has challenged the European way of life at every turn, becoming, in effect, an "adversary culture." In Reflections on the Revolution in Europe, Caldwell examines the anger of natives and newcomers alike. He exposes the strange ways in which welfare states interact with Third World customs, the anti-Americanism that brings European natives and Muslim newcomers together, and the arguments over women and sex that drive them apart. He considers the appeal of sharia, "resistance," and jihad to a second generation that is more alienated from Europe than the first, and addresses a crisis of faith among native Europeans that leaves them with a weak hand as they confront the claims of newcomers.