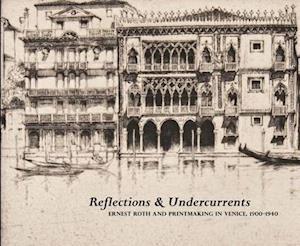 In the 1880s, James McNeil Whistler revolutionized the way artists represented the city of Venice by producing images that moved away from the major tourist monuments to depict the squares, back alleys, and isolated canals that only residents knew. His novel approach inspired generations of printmakers who worked in Venice, and this book celebrates their work.Ernest David Roth (1879-1964) was one of the most significant American etchers of the first half of the 20th century, and his most important achievements are the views he did of Venice between 1905 and 1941. Roth and his friends John Taylor Arms and Louis Rosenberg formed the nucleus of a circle of American etchers that created a timeless vision of European and American cityscapes and landscapes in the 1920s and 1930s, and their Venetian views are at the center of their accomplishment.