Reflecting on the GCC Crisis

- Qatar and Its Neighbours 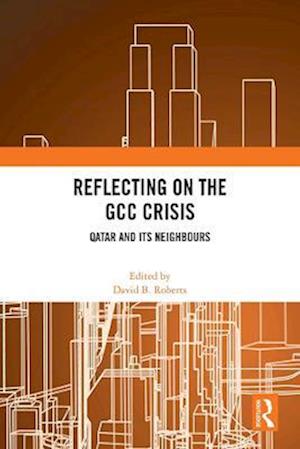 In June 2017, Saudi Arabia, the UAE, Bahrain, and Egypt (the quartet) enacted a diplomatic, economic, and physical blockade of Qatar. Gulf politics has always been fractious, but this stunning political gambit took everyone - Qatari leaders, scholars, the international community - entirely by surprise. The quartet assailed Qatar with a litany of charges mostly relating to its support of a motley array of sub-state actors across the Middle East. However, few out with the quartet thought that Qatar's purported crimes warranted such a unique and all-encompassing punishment. The blockade ended in January 2021 just as it began - out of the blue - without any obvious instigating factors.The puzzle of the Gulf blockade and its myriad impacts are examined in this volume, which benefits from certain distance. It builds upon early analyses to offer a range of crisp, insightful reflections, many based on new primary sources. The chapters take a multidisciplinary and diverse theoretical approach to the crisis. In this way, the blockade is evaluated from multiple novel angles presenting the most rounded analysis of one of the most surprising and impactful events in the contemporary diplomatic history of one of the world's key strategic crossroads. The chapters in this book were originally published in the Journal of Arabian Studies.