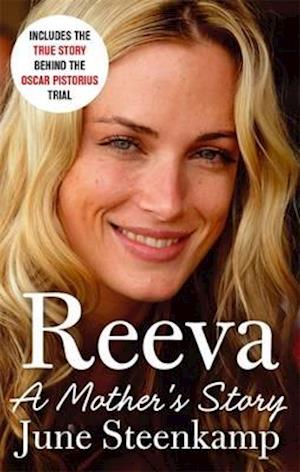 The full story behind the most dramatic trial of the 21st century, by the mother of the girl at its heart In the early hours of Valentine's Day 2013, Olympic athlete Oscar Pistorius killed his girlfriend Reeva Steenkamp, shooting her multiple times while she cowered behind the locked door of their bathroom. His trial has attracted more international media attention and public scrutiny than any since that of OJ Simpson. What went on behind the scenes though? And what was the real Reeva like, away from the photo shoots and the attention of the media? A beautiful 29-year-old from Port Elizabeth, Reeva graduated as a lawyer and campaigned for human rights causes before deciding to try the world of modeling in South Africa's most vibrant city. Her relationship with international hero Oscar Pistorius seemed like a fairy tale of triumph over adversity double amputee turned champion athlete meets small town girl with beauty and brains wanting to make her mark on the world. No one could have predicted the tragic and horrifying conclusion to that fairy tale. Reeva's mother, June Steenkamp, has kept a dignified silence throughout the long months since she received the phone call every mother dreads. In this painfully honest and unflinching account of Reeva's life, she talks about what really went on in her mind as she sat in the packed Pretoria court room day after day, and how she is coping in the aftermath of the verdict. "Reeva" is the only true insider's account of this tragic story."