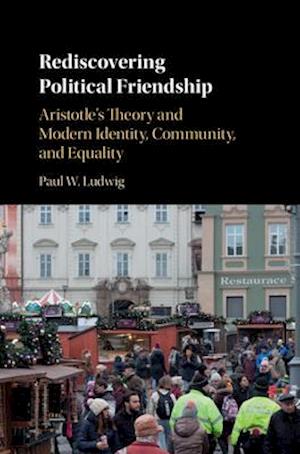 Aristotle argued that citizenship is like friendship, and this book applies his argument to modern society. Modern citizens may lack the concept of civic friendship, but they persist in many practices and passions that were once considered essential to it. Citizens share many similarities with friends: prejudices held in common, favoritism towards each other, and - despite disagreement on specifics - underlying agreement about what is important, such as freedom and equality. Aristotle's theory reminds us that civic friendship is a factual condition of healthy societies, not a pie-in-the-sky ideal. By recognizing when it occurs and understanding it, we can build on it to counteract societal polarization. Civic friendship offers an alternative to populism and nationalism by engaging some of the same passions. In an era increasingly marked by tribalism and identity politics, this timely study will be of interest to a wide range of readers in political science, classics, and philosophy.

Forfattere
Bibliotekernes beskrivelse This book applies Aristotle's argument - that citizenship is like friendship - to modern society. Emotional bonds often grow around shared utilities such as trade, common defense and the regime, each contributing to a (limited) form of friendship. By recognizing and understanding civic friendship, we can build on it to counteract societal polarization. Worked examples or Exercises