- Philosophy, History and Science in the Third Republic 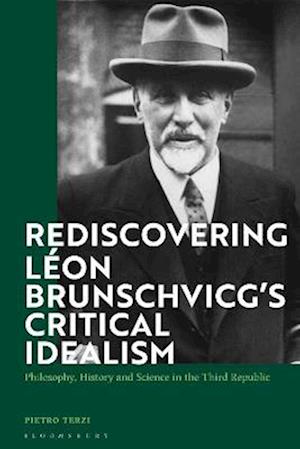 L on Brunschvicg's contribution to philosophical thought in fin-de-si cle France receives full explication in the first English-language study on his work. Arguing that Brunschvicg is crucial to understanding the philosophical schools which took root in 20th-century France, Pietro Terzi locates Brunschvicg alongside his contemporary Henri Bergson, as well as the range of thinkers he taught and influenced, including L vinas, Merleau-Ponty, de Beauvoir, and Sartre. Brunschvicg's deep engagement with debates concerning spiritualism and rationalism, neo-Kantian philosophy, and the role of mathematics in philosophy made him the perfect supervisor for a whole host of nascent philosophical ideas which were forming in the work of his students. Terzi outlines Brunchvicg's defence of neo-Kantian judgement, historical analysis and the inextricability of the natural and humanist sciences to any rigorous system of philosophy, with wide-ranging implications for contemporary scholarship.