indgår i serie Security Conflict and Cooperation in the Contemporary World 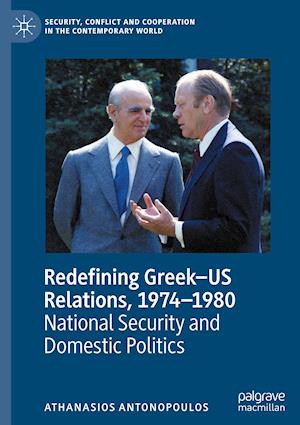 This book provides the first bilateral study of Greek-US relations during Greece's transition to democracy in the second half of the 1970s. Following the 1974 Cyprus crisis, which led to the collapse of the Greek dictatorship and Athens' partial withdrawal from NATO, many scholars have claimed that Greece moved away from the United States. This book explicitly rejects this view. It argues that Greek political leaders continued to view close relations with the United States as an integral part of Greek national security despite the disappointment felt during the Turkish invasion of Cyprus. At the same time, the Greek leadership could not overlook the anti-American movement, and had to respond to and manage it. In the United States, relations with Greece became part of the clash between the executive and legislative branches of government. Both President Gerard R. Ford and President Jimmy Carter proclaimed their commitment to restoring relations with Athens. This book highlights the continuity between the Republican and Democratic administrations of the 1970s in foreign policy objectives. Drawing on Greek, US and British archival records, it charts the evolving connections between Greece and the United States through the Greek-Turkish disputes, the impact of anti-Americanism and the Greek-NATO relationship offering original insight into this Cold War special relationship.