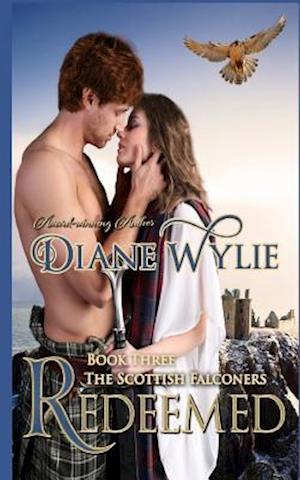 inlay Graham lived in the shadow of his older brother for most of his life. Then, the destruction of their home at Dunnottar Castle forces Fin and his family to leave the life they knew. As the falconers of Dunnottar flee the lowlands to protect the ancient regalia of the Scottish kings, Fin finds himself alone and running for his life in the Highlands.In the rugged Highlands of Scotland, Kelsi Davidson has done a great job running her sheep farm without a man for several years. Kelsi and her young daughter, Coleen, also have a passion for rescuing orphaned and injured wildlife. When an injured Lowlander appears, Kelsi has to decide whether she should risk letting another man into her life or into her already broken heart...especially with the English hunting him.United by a cause, the falconers of Dunnottar continue the fight to survive an invasion of their home and save the ancient regalia of the Scottish kings from the hands of their enemy.