- How Manchester United Took Over the World 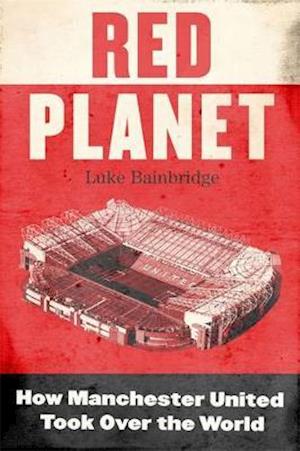 The story of Manchester United's rise to glory, under Sir Matt Busby and later Sir Alex Ferguson, is one of the greatest sporting stories ever told. It's a story that has attracted romantic dreamers, idealists and purists from all corners of the Red Planet to invest their own hopes and dreams in this greatest of football clubs. But there is another great story to be told about Manchester United. The remarkable story of how this club became the most valuable sports brand in the world. According to Marketing Week, United are a bigger brand than not just Barcelona and Real Madrid, but New York Yankees, Los Angeles Lakers, Ferrari and McLaren. This month (Feb 2014) United are set to sign a world-record $1 billion kit sponsorship deal with Nike, which would be worth GBP70m a year, more than double what Adidas currently pay Real Madrid. It's the story of how a football club from the north of England came to dominate the world and see it as a Red Planet.The story of a club that faced bankruptcy several times in its history until it was rescued by charitable benefactors - and once, bizarrely, by a dog - but is now owned by a man who has never stepped inside Old Trafford yet bleeds millions out of the club every year. The club whose accountant was once refused money at the bank when he went to withdraw the players weekly wages, but now pays millions to its top players. It's also a story that on a human level is infused with romance and tragedy, ecstasy and bitterness, brotherhood and betrayal. A story about the battle for the soul of a football club. A battle some will fight to the death; whatever it takes to keep the red flag flying high. A battle that some, conversely, think has already been lost.