- A Conan the Barbarian Novel

indgår i serie Conan the Barbarian 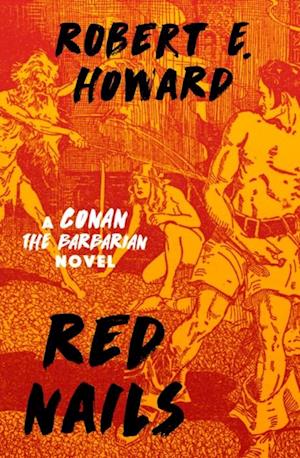 The final sword-and-sorcery installment of the epic Conan the Barbarian Series. During the mythical Hyborian Age, Conan the Cimmerian and Valeria of the Red Brotherhood are pursued by a dragon-like monsteruntil they make it to civilization. Xuchotl is an ancient city of wealth and beauty, with walls of jade and bejeweled lights. Seemingly deserted, Xuchotl actually harbors two gangs who are locked in an endless ancestral feud. And when one of the gang leaders, a stunning woman with a vampiric lust for life, makes Valeria a target of her hunger, Conan and Valeria must escape the evil and madness that flood the city before all is lost... ';The usual rip-roaring, headlong action, inventiveness, and raw violence which Howard's name on a story guaranteed... The finale makes the last act of Hamlet look like a Sunday school picnic.' Black Gate ';Absolutely worth reading as an example of trashy sword and sorcery that's never dull for a moment and acts like a sleazy D&D game highlight reel. It's also notable that it's one of the inspirations for Tom Moldvay's 1982 module, ';The Lost City,' which amped up the insanity of the warring factions, provided a multi-level dungeon, and then gave a map of an underground complex and asked Dungeon Masters to make up their own adventures in this Howardesque world.' Tim Callahan, Tor.com ';It holds your attention while you are reading it and you do want to get to the end of it.' History Books Review