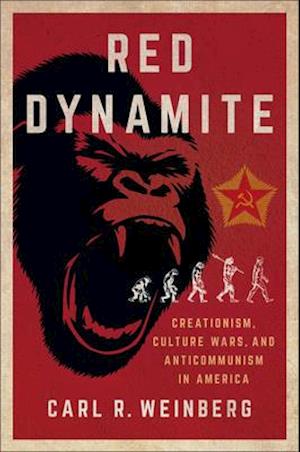 In Red Dynamite, Carl R. Weinberg argues that creationism's tenacious hold on American public life depended on culture-war politics inextricably embedded in religion. Many Christian conservatives were convinced that evolutionary thought promoted immoral and even bestial social, sexual, and political behavior. The "fruits" of subscribing to Darwinism were, in their minds, a dangerous rearrangement of God-given standards and the unsettling of traditional hierarchies of power. Despite claiming to focus exclusively on science and religion, creationists were practicing politics. Their anticommunist campaign, often infused with conspiracy theory, gained power from the fact that the Marxist founders, the early Bolshevik leaders, and their American allies were staunch evolutionists. Using the Scopes "Monkey" Trial as a starting point, Red Dynamite traces the politically explosive union of Darwinism and communism over the next century. Across those years, social evolution was the primary target of creationists, and their "ideas have consequences" strategy instilled fear that shaped the contours of America's culture wars. By taking the anticommunist arguments of creationists seriously, Weinberg reveals a neglected dimension of antievolutionism and illuminates a source of the creationist movement's continuing strength. Thanks to generous funding from Indiana University and its participation in TOME (Toward an Open Monograph Ecosystem), the ebook editions of this book are available as Open Access volumes from Cornell Open (cornellopen.org) and other repositories.