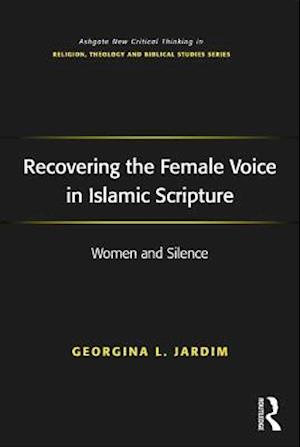 Protest is an activity not associated with the pious and collectively-minded, but more often seen as an activity of the liberal and rebellious. Judaism, Christianity and Islam are commonly understood as paragons of submission and obedience following Abraham's example. Yet, the scriptures of all three faiths are founded in the prophets protesting wrongs in the social order. The Qur'an claims that men and women, and the relations between them are a sign from God. The question is to what extent are women silenced in the text, and do they share with men in shaping the prophetic scriptures? This book finds that far from silencing women, the Qur'an affirms the female voice as protester for justice and as questioner of Theology. In this reading of the female role in divine revelation in the Islamic text, Georgina Jardim returns to the scriptures of the Judeo-Christian counterpart of the Abrahamic faiths, to investigate whether the Bible may claim women as brokers of revelation. The result is an enriched understanding of divine communication in the Abrahamic scriptures and a commonplace for reasoning about the female voice as speaker in the Word of God.