indgår i serie Record of Ragnarok 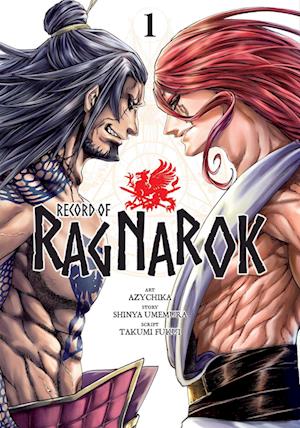 Humanity's greatest heroes battle the gods for the survival of the human race!Once every millennium, the gods assemble to decide if humanity is worthy of its continued existence or if it should be destroyed! When the verdict is destruction, the final battle between the gods and mortal heroes will decide the survival or extinction of the human race-a battle known as Ragnarok!The Valkyrie Brunhilde has convinced the gods to give humanity a chance at redemption through combat in the Valhalla arena. Seeking a quick end to the proceedings, the gods present their first fighter, Thor, the Norse god of thunder. Facing him is a warrior said to be the strongest in the history of mankind, the legendary general Lu Bu!

Forfattere
Bibliotekernes beskrivelse Humanity's greatest heroes battle the gods for the survival of the human race!