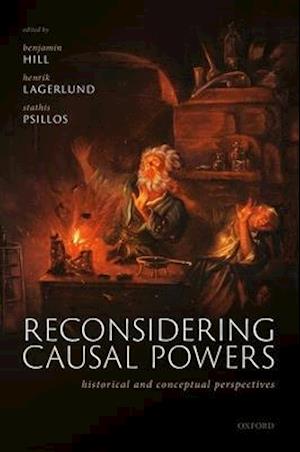 Causal powers are returning to the forefront of realist philosophy of science. Once central features of philosophical thinking about the natures of substances and causes, they were banished during the early modern era and the Scientific Revolution. In this volume, distinguished scholars revisit the fortunes of causal powers as scientific explanatory principles within the theories of substance and cause across history. Each chapter focuses on the philosophical rolescausal powers were thought to play at the time, and the reasons offered in support, or against, their coherence and ability to perform these roles. By placing rigorous philosophical analyses of thinking about causal powers within their historical contexts, features of their natures which might remainhidden to contemporary practitioners can be more readily identified and more carefully analyzed. The thoughts of such prominent philosophers as Aristotle, Scotus, Ockham, and Buridan are explored, then on through Suarez, Descartes, and Malebranche, to Locke and Hume, and ultimately to contemporary figures like the logical positivists Goodman and Lewis.

Forfattere
Bibliotekernes beskrivelse Causal powers are returning to the forefront of realist philosophy of science to fill explanatory gaps seen to be left by reductivist and eliminativist accounts of previous generations. This volume revisits the fortunes of causal powers as scientific explanatory principles across history to foster deeper discussions about their metaphysical natures