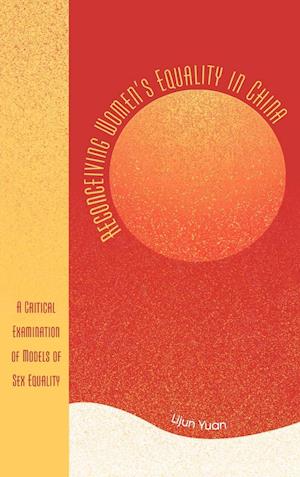 According to the author, the subordination of Chinese women continued under different models of sex equality in China in twentieth century. In Reconceiving Women's Equality in China Lijun Yuan discusses and assesses four models of women's equality: first, the traditional Confucian view of women which advocates that women's role is to follow and support men; second, the liberal feminist idea of formal equality for women introduced into China at the beginning of the twentieth century, which is anti-Confucian and advocates women's equal rights in education, law, and employment; third, Mao's view of women's equality in production, calling for substantive equality between men and women; finally, the idea of equal opportunity in the economic transformation in the post-Mao period, the revival of Confucianism in this period and its convergence with the declining status of women. According to Yuan, each of these models has a variety of problems in dealing with women's equality. However, she sees one common thread running through all of them, namely, lack of emphasis on empowering women to develop their own visions of equality. Ideologies imposed from the top-down have rationalized the continuing subordination and exploitation of women, either blatantly (Confucianism) or more subtly (Maoism). After exposing the common feature in their failure to reach the social ideal of women's equality, the author proposes a more democratic conception of women's equality that will allow ideals to continue changing as material circumstances change in different stages of social development. This book is a seminal work of research on the status of women in China during and after Mao's cultural revolution. It is essential to studies of Chinese society, politics, and religion, as well as to women's studies and philosophy.