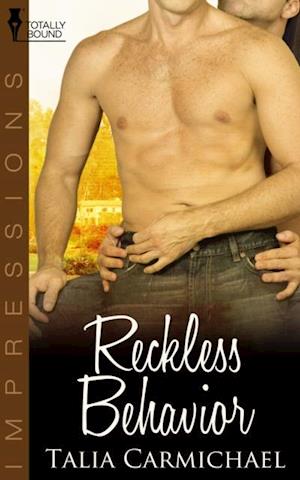 Aidan Vaughn lets himself be swept into a night of passion with a sexy younger man. After their one night of pleasure, Aidan believes he's seen the last of him. But fate has other plans. The hot young man is crossing his path again and is making his intentions clear. Aidan considers him off limits, at least by his own rules. Yet, Aidan finds himself wondering...was once really enough?Enrique Matthews is not one to pass up opportunities. And he sure as hell wasn't about to with this one. It didn't matter if it was luck or coincidence that he found the hot older gentleman with whom he'd had one memorable night. Now he had to convince Aidan he wanted more than a one night stand. Will determination and seduction get him what he desires? Enrique was willing, able, and limber enough to engage in a little hell, a lot of Reckless Behaviour to get what he wanted this sexy man for his, now and forever.Reader Advisory: This book is best read in sequence as part of a series.