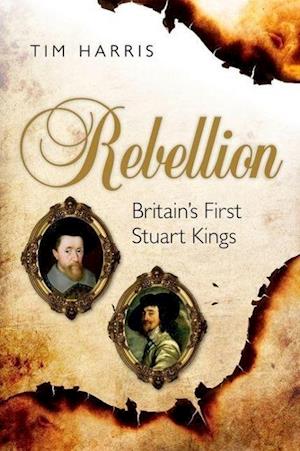 A gripping new account of one of the most important and exciting periods of British and Irish history: the reign of the first two Stuart kings, from 1567 to the outbreak of civil war in 1642 - and why ultimately all three of their kingdoms were to rise in rebellion against Stuart rule.Both James VI and I and his son Charles I were reforming monarchs, who endeavoured to bolster the authority of the crown and bring the churches in their separate kingdoms into closer harmony with one another. Many of James's initiatives proved controversial - his promotion of the plantation of Ulster, his reintroduction of bishops and ceremonies into the Scottish kirk, and his stormy relationship with his English parliaments over religion and finance - but he just about got by. Charles, despitecontinuing many of his father's policies in church and state, soon ran into difficulties and provoked all three of his kingdoms to rise in rebellion: first Scotland in 1638, then Ireland in 1641, and finally England in 1642. Was Charles's failure, then, a personal one; was he simply not up to the job? Or was the multiple-kingdom inheritance fundamentally unmanageable, so that it was only a matter of time before things fell apart? Did perhaps the way that James sought to address his problems have the effect of making things more difficult for his son? Tim Harris addresses all these questions and more in this wide-ranging and deeply researched new account, dealing with high politics and low, constitutional andreligious conflict, propaganda and public opinion across the three kingdoms - while also paying due attention to the broader European and Atlantic contexts.

Forfattere
Bibliotekernes beskrivelse A gripping new account of the reign of the early Stuarts over Scotland, Ireland, and England - and why ultimately all three kingdoms were to rise in rebellion against Stuart rule. 24 black and white halftones