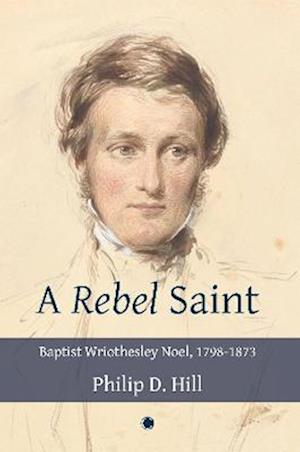 BaptistNoel (1798-1873) has been described by the American Evangelical Anglicanhistorian Grayson Carter as a towering figure in nineteenth-centuryEvangelicalism, but he has been written out of its story because he was asaintly rebel who counted a good conscience more valuable than a good standing. This ultimately led him to abandon his glittering Anglican career andaristocratic family to become a Baptist minister.A Rebel Saint is a comprehensive studyof Noel's life, work and thought, correcting the neglect of his remarkableAnglican and Baptist ministries and his many years of prominence in Evangelicallife. Philip Hill ably illustrates his influence on issues including the Irvingitecontroversy, the opposition to the Tractarian movement, and Evangelicalecumenism, and explains his centrality in the establishment of the EvangelicalAlliance and the London City Mission. Scholars of Evangelical history willgreatly value this account of a pivotal figure, while all will be inspired byhis story of sacrifice of fame and fortune for the sake of obeying religiousconscience.