Reason and Rhetoric in the Philosophy of Hobbes 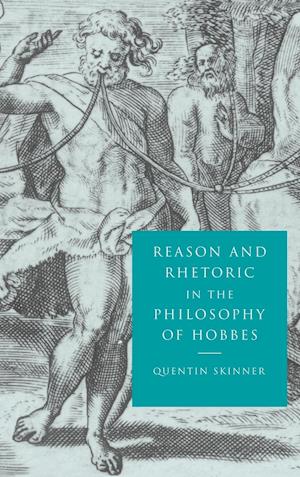 Quentin Skinner presents a fundamental reappraisal of the political theory of Hobbes. Using, for the first time, the full range of manuscript as well as printed sources, it documents an entirely new view of Hobbes's intellectual development, and re-examines the shift from a humanist to a scientific culture in European moral and political thought. By examining Hobbes's philosophy against the background of his humanist education, Professor Skinner rescues this most difficult and challenging of political philosophers from the intellectual isolation in which he is so often discussed. This book presents a splendid exemplification of the 'Cambridge' contextual approach to the study of intellectual history with which Professor Skinner himself is especially associated. It will be of interest and importance to a wide range of scholars in history, philosophy, politics, and literary theory. Professor Skinner has been awarded the Balzan Prize Life Time Achievement Award for Political Thought, History and Theory. Full details of this award can be found at http://www.balzan.it/News_eng.aspx?ID=2474.