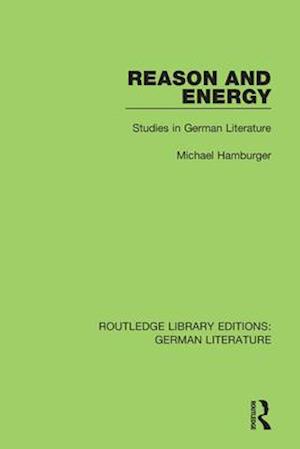 Originally published in 1957, this volume brings together a collection of essays and hard to source translations on both well and lesser known German writers and poets, including Hoelderlin, Benn, Mann and Nietzsche. The essays are linked by a consideration of the tension between the desire for what Thomas Mann called 'the miracle of ingeniousness regained' and the constrains of reason. The book shows how this tension contributes toward the prophetic nature of so much 18th and 19th Century German literature and its modernity, which qualities are also placed in the context of German political and social conditions. All prose quotations are given in English translation, and the majority of verse quotations in both German and English.