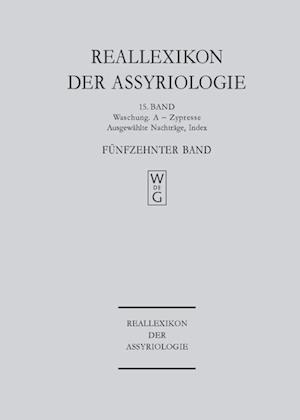 The coverage of the Reallexikon der Assyriologie und Vorderasiatischen Arch ologie embraces those ancient Near Eastern cultures which used the cuneiform script (Mesopotamia, North Syria and Anatolia) together with neighbouring regions in the 4th to the 1st millennia B.C.

Entries include important personalities (rulers, scholars, administrators etc.), deities, ancient place names and modern archaeological sites, as well as cultural items and concepts (e.g. "house," "purchase," "literature," "mathematics," "milk"), which are treated from both philological and archaeological standpoints, as appropriate. The articles appear alphabetically under their German heading, but may be in German, English or French. They may be accompanied by illustrations, diagrams and plans.

The Reallexikon is addressed to specialists within its own field, but also to historians, theologians, anthropologists, legal historians and others. It does not draw on any predecessor and has established itself internationally as an indispensable work tool. The Reallexikon is planned to appear in 16 volumes.