The Real World of EU Accountability 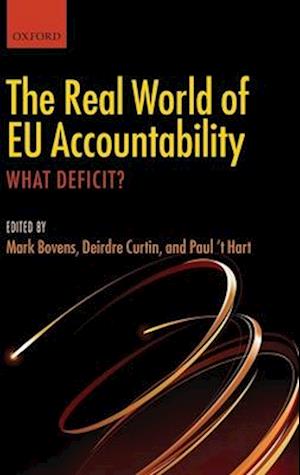 The Real World of EU Accountability reports the findings of a major empirical study into patterns and practices of accountability in European governance. The product of a 4-year, path-breaking project, this book assesses to what extent and how the people that populate the key arenas where European public policy is made or implemented are held accountable. Using a systematic analytical framework, it examines not just the formal accountability arrangements but also documents and compares how these operate in practice. In doing so, it provides a unique, empirically grounded contribution to the pivotal but often remarkably fact-free debate about democracy and accountability in European governance. With four empirical chapters covering the Commission and its agencies, the European Council, and Comitology committees, it shows that a web of formal accountability arrangements has been woven around most of them, but that the extent to which the relevant accountability forums actually use the oversight possibilities offered to them varies markedly: some forums lack the institutional resources, others the willingness.But in those cases where both are on the increase, as in the European Parliament's efforts vis a vis the European Commission, fundamentally healthy accountability relationships are developing. Although ex-post accountability is only part of the larger equation determining the democratic quality of European governance, this study suggests that at least in this area, the EU is slowly but surely reducing its 'democratic deficit'.