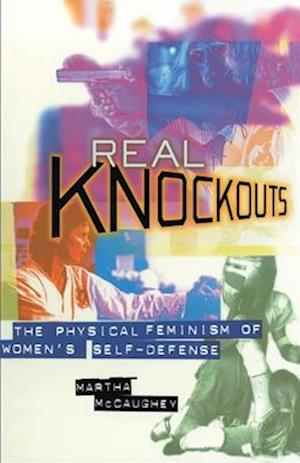 An examination of women's self-defense culture and its relationship to feminism. I was once a frightened feminist. So begins Martha McCaughey's odyssey into the dynamic world of women's self- defense, a culture which transforms women involved with it and which has equally profound implications for feminist theory and activism. Unprecedented numbers of American women are learning how to knock out, maim, even kill men who assault them. Sales of mace and pepper spray have skyrocketed. Some 14 million women own handguns. From behind the scenes at gun ranges, martial arts dojos, fitness centers offering Cardio Combat, and in padded attacker courses like Model Mugging, Real Knockouts demonstrates how self-defense trains women out of the femininity that makes them easy targets for men's abuse. And yet much feminist thought, like the broader American culture, seems deeply ambivalent about women's embrace of violence, even in self-defense. Investigating the connection between feminist theory and women physically fighting back, McCaughey found self-defense culture to embody, literally, a new brand of feminism.