- Intimate Memories from Those Who Knew Him Best 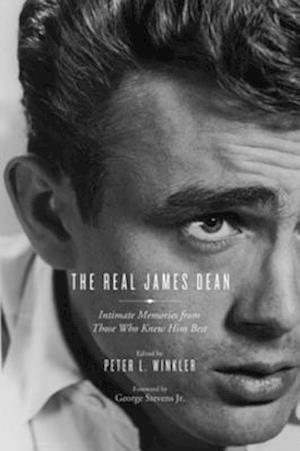 In the decades following his death, many of those who knew James Dean bestactors, directors, friends, lovers (both men and women), photographers, and Hollywood columnistsshared stories of their first-person experiences with him in interviews and in the articles and autobiographies they wrote. Their recollections of Dean became lost in fragile back issues of movie magazines and newspapers and in out-of-print books that are extremely hard to find. Until now.The Real James Dean is the first book of its kind: a rich collection spanning six decades of writing in which many of the people whose lives were touched by Dean recall their indelible experiences with him in their own words. Here are the memorable personal accounts of Dean from his high school and college drama teachers; the girl he almost married; costars like Rock Hudson, Natalie Wood, Jim Backus, and Raymond Massey; directors Elia Kazan, Nicholas Ray, and George Stevens; entertainer Eartha Kitt; gossip queen Hedda Hopper; the passenger who accompanied Dean on his final, fatal road trip; and a host of his other friends and colleagues.