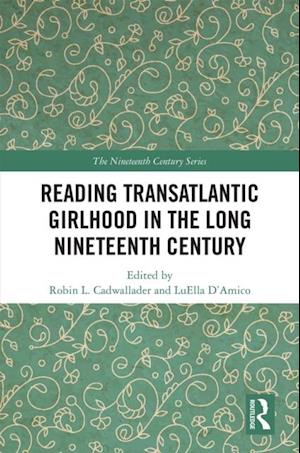 This collection is the first of its kind to interrogate both literal and metaphorical transatlantic exchanges of culture and ideas in nineteenth-century girls' fiction. As such, it initiates conversations about how the motif of travel in literature taught nineteenth-century girl audiences to reexamine their own cultural biases by offering a fresh perspective on literature that is often studied primarily within a national context. Women and children in nineteenth-century America are often described as being tied to the home and the domestic sphere, but this collection challenges this categorization and shows that girls in particular were often expected to go abroad and to learn new cultural frames in order to enter the realm of adulthood; those who could not afford to go abroad literally could do so through the stories that traveled to them from other lands or the stories they read of others' travels. Via transatlantic exchange, then, authors, readers, and the characters in the texts covered in this collection confront the idea of what constitutes the self. Books examined in this volume include Adeline Trafton's An American Girl Abroad (1872), Johanna Spyri's Heidi (1881), and Elizabeth W. Champney's eleven-book Vassar Girl Series (1883-92), among others.