Reading the Architecture of the Underprivileged Classes 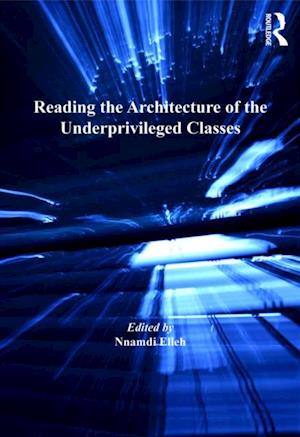 The expansion of cities in the late C19th and middle part of the C20th in the developing and the emerging economies of the world has one major urban corollary: it caused the proliferation of unplanned parts of the cities that are identified by a plethora of terminologies such as bidonville, favela, ghetto, informal settlements, and shantytown. Often, the dwellings in such settlements are described as shacks, architecture of necessity, and architecture of everyday experience in the modern and the contemporary metropolis. This volume argues that the types of structures and settlements built by people who do not have access to architectural services in many cities in the developing parts of the world evolved simultaneously with the types of buildings that are celebrated in architecture textbooks as 'modernism.' It not only shows how architects can learn from traditional or vernacular dwellings in order to create habitations for the people of low-income groups in public housing scenarios, but also demonstrates how the architecture of the economically underprivileged classes goes beyond culturally-inspired tectonic interpretations of vernacular traditions by architects for high profile clients. Moreover, the essays explore how the resourceful dwellings of the underprivileged inhabitants of the great cities in developing parts of the world pioneered certain concepts of modernism and contemporary design practices such as sustainable and de-constructivist design. Using projects from Africa, Asia, South and Central America, as well as Austria and the USA, this volume interrogates and brings to the attention of academics, students, and practitioners of architecture, the deliberate disqualification of the modern architecture produced by the urban poor in different parts of the world.