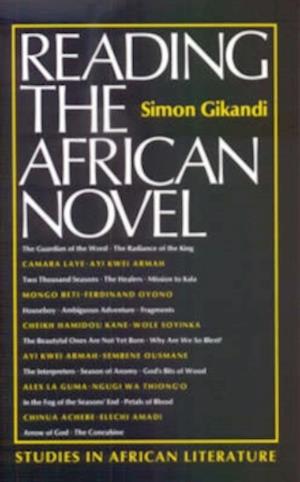 'A most sensitive, perceptive, intelligent and mature piece of literary criticism such as one rarely finds. I don't think I have read anything, for example, as good on Beti as Gikandi's section on Mission to Kala; in this chapter he displays very well indeed the successful accomplishment of his aim to examine the relationship between form and content, and provides us, through his approach, with (I dare say it) the most illuminating examination of Beti's novel so far had... The approach is one that as Gikandi says, most critics avoid, preferring to concentrate on themes; but in a good writer the form is not only the vehicle but also often, part of the content; Gikandi does us all a service by facing the difficulties of the task and pulling it off so well. How well, and clearly, he discusses irony!... The presentation is clear, accessible and impressive in its authority of tone. This latter is to some extent strengthened by his knowledge of, and effective use of references to, contemporary critical theorists.' - Clive Wake, Emeritus Professor of Modern French and African Literature, University of Kent at Canterbury North America: Heinemann; Kenya: EAEP

Forfattere
Bibliotekernes beskrivelse Simon Gikandi has written an insightful book for students of literature by examining the work of some major African writers.