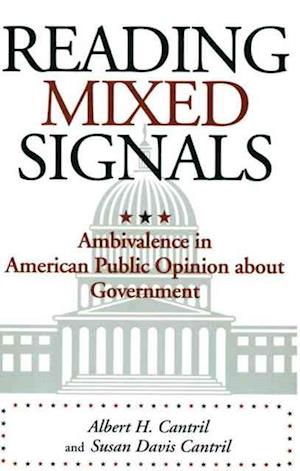 What should the place of government be in the life of the nation? If you turn to the public for an answer to this question, you confront a paradox. What people say about government as a general matter is often at odds with what they actually want it to do. This is seen most often when people say government is doing too many things and at the same time want its activities in a host of areas continued, if not expanded. Based on a specially-designed national public opinion survey, this book explores the paradox and the difference it makes. Ambivalence about government affects which voices get heard in our politics-and which do not. It bears on the parties people support, whether they vote, and how they vote. Those who send mixed signals about government can tip the balance in elections and are key to coalitions of support on issues between elections. The analyses presented here go beyond the give and take of the current scene to shed important light on the nature of public opinion itself. The authors show that ambivalence about government is an identifiable and enduring feature of American public opinion.