Reading Goethe - A Critical Introduction to the Literary Work

- A Critical Introduction to the Literary Work 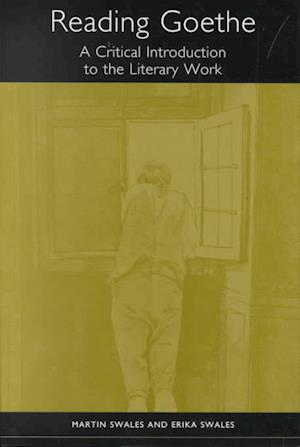 The year 1999 saw the 250th anniversary of the birth of Johann Wolfgang von Goethe, Germany's greatest writer. Appropriately, literary scholars within Germany and beyond paid tribute to this remarkable talent. But a number of commentators also noted that Goethe is often revered rather than read, known of rather than known. It is the aim of this study to provide a corrective to this state of affairs. The authors concentrate on the literary work and offer analyses that represent an impassioned, but by no means uncritical, advocacy -- one that seeks to persuade both academic critics and general readers alike that Goethe is one of the key figures of European modernity. To an extent that is virtually unique in modern literature, Goethe was active in a whole number of literary genres. He was a superb poet, unrivaled in the variety of his expressive modes, and in his ability to combine intellectual sophistication withexperiential immediacy. He also wrote short stories and novels throughout his life, ranging from the The Sorrows of Young Werther, to The Elective Affinities. He was also a highly skilled dramatist, both in the historical mode and in the classical verse-drama. Above all else, Goethe is the author of Faust: a workthat attempts -- and achieves -- more than any other modern European drama. Erica Swales is College Lecturer and Fellow of King's College, Cambridge. Martin Swales is Professor of German at University College London.

Forfattere
Bibliotekernes beskrivelse At last an engaging and highly readable guide to the works and significance of Goethe.